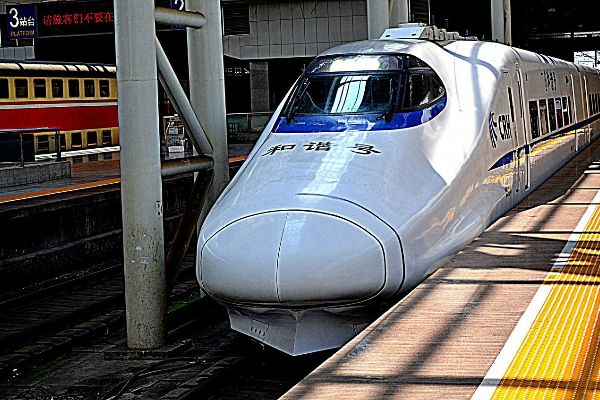 8 Spectacular Gateways to Tibet on Rails – Choose Your Train Route

Are you planning a trip to Tibet?

Opting for a train journey instead of taking the plane offers many benefits: 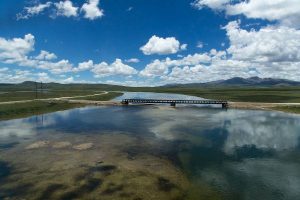 Psst! A train trip to Tibet is a great option when you are already an expat in China. There are numerous departure points of Lhasa-bound trains. Read on to find the closest one to you.

Tibet train travel in a nutshell 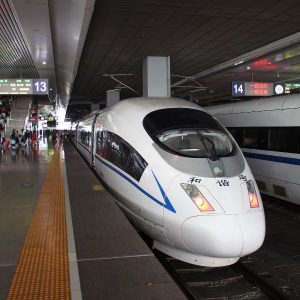 Most travelers taking a train to Tibet use the rail for one way.

The first option is great for building up excitement about reaching Tibet. And the train back from Tibet is a relaxing alternative to other transport options. Getting rail transport for both ways works well for serious lovers of train travel.

The train from Beijing to Lhasa starts at an altitude of 44 m, reaching a whopping 4,500 m in Nagchu. This epic journey covers a distance of close to 3,800 km. That means you’ll spend close to 40 hours on the train.

Starting the trip from Beijing works fine for tourists and expats alike. Usually, Beijing is the hotspot for the cheapest flights to China. And many expat communities have formed in the capital.

Running a total distance of 4,370 km, the train trip between Shanghai and Lhasa is unforgettable. The altitude differences are astounding. There’s an elevation gap of 4,495 meters separating Nanjing and Nagchu train stations. You’ll pass both of these stops.

Similarly to Beijing, the train journey from Shanghai is a top pick for many Tibet visitors. The city with a futuristic skyline has great air links to destinations all around the world.

This is the longest major train route terminating in Lhasa. Your trip would push close to the 50-hour mark. However, you’ll see amazing landscapes as the clickety-clack of rail cars roll in the background.

Most of the ride between Guangzhou and Lhasa passes through the vast countryside. But you’ll also stop at various cities, such as Lanzhou, Xi’an, Wuchang, and Chenzhou.

Xi’an departures present a much shorter route compared to the first options on this list. Note that trains leaving Xi’an aren’t direct trains. Instead, these originate from Shanghai and Guangzhou.

Your trip from one of the oldest cities in China to Tibet takes around 31 hours. The covered distance is approximately 2,865 km. Xi’an makes sense for people trying to balance the train experience and their time constraints.

Departure: Every other day

Planning to take a Yangtze river cruise? The Chongqing train service to Tibet is a great chance to tie together two trips. You can start your Tibet adventure straight after coming from the cruise.

The wonderful rail journey from Chongqing to Lhasa covers 3,030 km. Compared to Xi’an, it takes a little bit longer. Without any delays or holdups, you’ll arrive at Lhasa after a 35-hour train ride.

The trains from Beijing, Chongqing, Shanghai, and other cities stop in Lanzhou. Additionally, there’s a direct train from Lanzhou to Lhasa every other day. This is one of the shortest train routes to the plateau.

Beginning your train voyage in Lanzhou is sensible when…

Departure: Every other day

Want to meet pandas and savor some fiery hotpots? Maybe you are already an expat in Chengdu? Regardless of your situation, the train trip from Chengdu to Lhasa will be a delight.

The duration of this trip is similar to the departure from Chongqing. According to the timetable, the Chengdu train takes around an hour more to reach Lhasa. You’ll enjoy a ride that passes through 3,070 km of train tracks with plenty of unique surroundings.

BONUS: Xining and Golmud to Lhasa – The Qinghai-Tibet railway 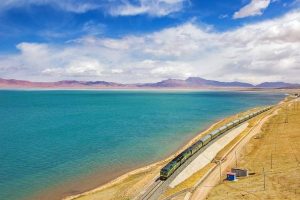 The absolute shortest routes make their way to Lhasa from Xining (the capital of Qinghai province) and Golmud. The latter takes only around 14 hours. Compared to the other train routes, these are not that popular among travelers. Although, for some people, these departure points could make perfect sense. Both options pass through the scenic Tibetan landscapes.

Planning some adventurous holidays to Tibet? Taking a train to Tibet makes your once in a lifetime trip even more memorable!

Whether you’re an expat in China or planning an epic trip from abroad, taking a train leaves you with wonderful memories.

Excited for your Tibet journey? Click here to learn more about what trips you can do in Tibet.

How to Travel to Tibet from Nepal

Select the tour and submit your information

*Select your preferred tour from the list and we’ll get back to you with the available departure dates!